Stonehenge and the Tin Islands: (No 1)

Legends of mining from the Tin Islands (Cassiterides) were old before the start of the first millennium. When Stonehenge was built, the evidence suggests that tin was also being mined in south western Britain.

The Evidence:
A large piece of timber, worked by hand tools, was found in 1839 during the mining of a deep bed of tin ore (cassiterite) in Cornwall. Too young to have been deposited by nature, carbon dating showed that it was as old as Stonehenge. Below is the full extract of Roger Penhallurick's description, produced for The Institute of Metals:

"The second specimen is far more intriguing. On 5 July 1839 Winn described wood recently obtained from the Wheal Virgin tin streamworks [1] then at Levalsa Moor and progressing upstream at a rate of about 1.8m a month (see Fig. 90). Much of the vegetable matter was sub-fossil, but specimens of nuts and wood that Dr Winn presented to Truro Museum have not survived. The barren sediments 9 m thick overlay a tin ground c.1.5 m thick. The sediments differed from those at Happy Union in that they lacked the marine deposits encountered further down the valley. A 'large' trunk of a semi-carbonised oak was 'imbedded in the upper portion of the tin ground in a horizontal position and on its upper surface about 11 feet from its extremity there was a large angular notch which must have been formed by a hatchet or some other sharp instrument'. A portion containing one side of the cut notch was presented to Truro Museum where it is still preserved.

"Sub-fossil wood resting on top of the tin ground ought to have a date of c. 10000 bp [2], or even earlier. Wood found within the tin ground cannot have arrived there at the same time as the cassiterite, and it can hardly be doubted that Winn's oak trunk had been put there by man. It has been dated at the University of California, Riverside (UCR 1828), to 4140 +/- 100 bp, giving a time range of 3015-2415 BC. This is uncomfortably early, even if the precise calendar date lies at the end of the range. It suggests that tin streaming in Cornwall began much earlier than hitherto suspected."

My notes:
[1] Streamworks: Underground mining of a buried layer of tin which is then sent to the surface to be washed by a stream
[2] 10,000 bp = At or before the last ice age 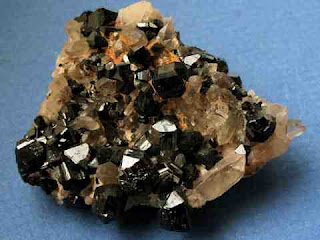