Of Hyperion we are told....

It is said that Aristotle and Ptolemy proposed different ideas of how the heavens revolved around our World. However, Diodorus Siculus, (Library of History, Vol III, Book 5; Part 67) said that the spherical nature of the heavens was an earlier discovery (pre-greek dark ages):

‘Of Hyperion we are told that he was the first to understand, by diligent attention and observation, the movement of both the sun and the moon and the other stars, and the seasons as well, in that they are caused by these bodies, and to make these facts known to others; and that for this reason he was called the father of these bodies, since he had begotten, so to speak, the speculation about them and their nature.’

Imagine standing on a fixed world at a latitude of 51 degrees (Salisbury, England): 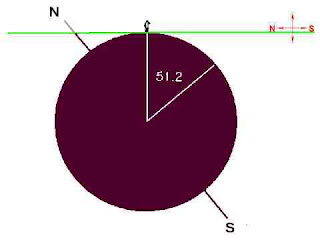 In summer, the Sun's circle appears to rise towards the northern pole giving the long days of summer: 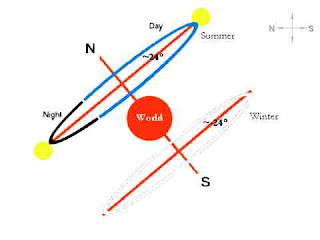 This worldview can be represented by the solar planes (23.5 degrees either side of the Equatorial line), together with the blackness of the sphere which appears to revolve around the polar axis: 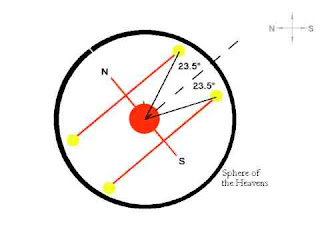 Add stars, and our World can be described by this diagram: 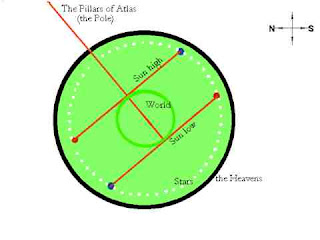 Now compare this to Stonehenge: 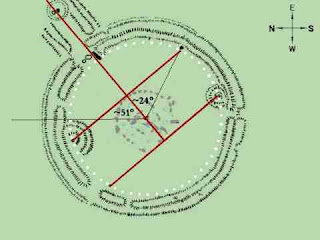