Origins of the Heavens' Hinge


The heavens' hinge idea originates from a new solar renewable energy concentration system which uses small fixed pieces of flat reflectors (including tin and copper plate). The maths of this are easier to understand using a geocentric worldview. This system has been prototyped and witnessed as working.
The structural support of one version of this idea appears to be duplicated at Stonehenge. This was discovered quite a while after the first patent application had been filed (no prior art was found during a UK patents office search).

The system creates a very bright light within, and just above, the structure. Revolving slowly around the polar axis, this system creates a local three dimensional mirror image of the sun's movement relative to a fixed world. One purpose of this could be to demonstrate the spherical nature of the heavens.

A similar system in operation: 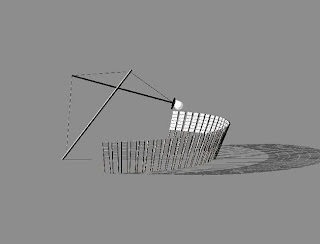 * Tin was available in the Neolithic: Experiments (Detailed electron probe analysis of European bronzes) have suggested that "For the early bronze age, Northover has noted that tin bronzes were probably exclusively produced in Britain from South-Western cassiterite".