Stonehenge and the Tin Islands (Part 2)

Northern Earth's magazine kindly reviewed The Broken Stone and the secret of the Heavens' Henge for their spring 2012 issue this month. The problem of evidence for tin was mentioned and the review reminded me about something I have been meaning to add to the blog for a while. 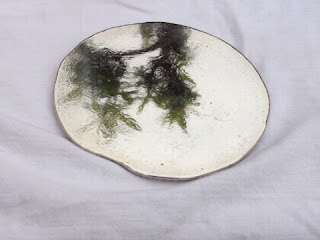 The problem of evidence:

Unalloyed tin suffers from "tin pest" at temperatures below 13 Celcius, resulting in a gradual transformation into dust (refer to: wikipedia, tin pest). Even had objects been made from Cornish tin, there would be no evidence of the original form unless they had been transported to a warmer climate or kept in a heated internal environment.

"A number of problems have plagued the study of ancient tin such as the limited archaeological remains of placer mining, the destruction of ancient mines by modern mining operations, and the poor preservation of pure tin objects due to tin disease or tin pest. "  from  Archaeological importance of tin (wikipedia)


In addition, tin became very highly prized for its ability to form bronze when alloyed with copper: Any tin which did survive may well have been traded to be made into bronze objects. (refer to: Bronze Age (wikipedia))