Secrets of the Stonehenge Skeletons

1)  The Procession
In the graphics, the program described how up to 4000 people “formed a procession up the along the Avenue to pay their respects to the dead.... and observe the winter solstice sunset through the aligned stones”: This being one of the main conclusions of the documentary.

2)  The Solstice gathering
The program described how people walked up to Stonehenge to see the winter Solstice: At Winter Solstice, the sun can be seen setting at and through the bottom of the Great Trilithon stones when seen from the direction of the Avenue. 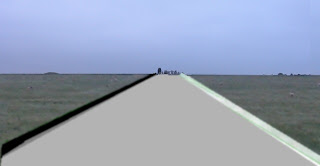 The problem with this idea is that the Avenue is on a slope: You can not see the bottom of the stones from most of the Avenue (see photos in this post).

Yet the monument has been shown to have been specifically designed to be seen from the Avenue (see English Heritage report 32 entitled “Stonehenge Laser Scan: Archaeological Analysis Report”). If the monument were built for the purpose described in the documentary, the builders appear to have chosen a particularly bad location.

3) Metals
In the program, the reason for Stonehenge's decline was said to be due to the Beaker people, who apparently brought metals to England after Stonehenge was built: Stonehenge seemingly declined as a result. “Copper: A beautiful shiny new material: Metal. Nobody before had seen this in Britain” (quote from Documentary).


The problem with this is that his book (“Stonehenge: Exploring the Greatest Stone Age Mystery”) describes in a lot of detail how metals were likely to have been in use at Stonehenge when it was built: For example on page 125 he describes how copper used in ditch digging at Durrington Walls has been dated to 2480-2460Bc (and lists other evidence for copper use prior to 2500BC). The date given for the construction of Stonehenge is 2620-2480BC (see page 310).

Both the program and the book appear to state that Durrington was built to construct Stonehenge. “This evidence showed that animals were being slaughtered [at Durrington] to mark the mid winter Solstice at Stonehenge.... and this was happening at exactly the same time as the second phase of the building of the monument.... so Durrington was effectively a builder's camp servicing Stonehenge's construction”

In other words, the sequence described appears to be wrong: If you are building a settlement to house workers, you build the settlement first, not the monument. If the settlement was built first, then Mike Parker Pearson's book suggests that metals were in use before Stonehenge was built. Yet at the same time, the documentary suggests that the discovery of metals was the reason that Stonehenge stopped being used.

4) Periglacial Stripes
The program described how two periglacial stripes were the reason that the location on Salisbury Plain was chosen for Stonehenge:

The problem with this is that periglacial stripes form as a result of slope weathering: There will be more than just two of them. The two that have been selected for the program make it appear as if they are special.

Before the Avenue was built there would have been multiple stripes to choose from, probably radiating out from the hill summit in differing directions, and not just the two which are shown on the program (beneath the Avenue). The idea that these two stripes made the original location special appears hopeful rather then conclusive.

In summary, some of the conclusions of the documentary appear to be discounted by the evidence of the team that contributed to it: This was a bit disappointing.


Additional note: (06-13)
The Periglacial Stripes: The criticism is more about the evidence presented rather than the possibility that this may have existed (as the reason to signify that the Stonehenge location was special). If better evidence exists, perhaps something not noted in either the program or the book by Mike Parker-Pearson, it would be great to see this and be able to strike it off the list.