Thought for a bit of fun, I'd would look at an alternative method of lifting very heavy blocks of stone (up to the maximum of a block at Stonehenge):

One method uses a frame stack with tapered pallets. The pallet should be big enough to lift the first stages without putting too much load onto the edge of the insertion hole: 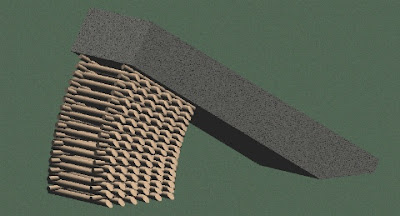 Each pallet is lifted using wing levers: These need to be stabilised against a post to prevent racking. You load up the edges with rocks until it starts to lift, a couple of guys either end then slowly force the wings down using their own bodyweight (so that the stone lifts by the height of a pallet) and a new pallet is inserted:

The pallets need to have their end joints shaped to avoid racking in the late stages of the lift: 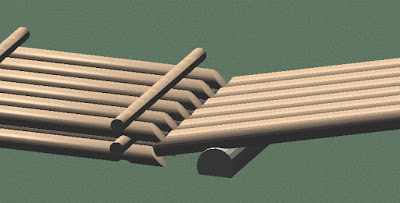 Process needs about 12 people to get the job done quickly, but a few more would be handy. Each load and unload would take about an hour or perhaps less, so a stone could be raised in a few days. A similar method, using exactly the same kit, can be used to raise blocks vertically.

The above system to scale using calculated sizes and a factor of safety of about two.