Introduction: Part 1
This post is about how to construct simple spherical mirror frames. For the sample frame (to be described in part 2) I used 30cm x 30cm square mirrors from IKEA. I'll show how it works here and then describe in part 2 how to make this even more cheaply.

Spherical mirrors sets are part of a ball. Imagine you have an orange and you cut a small square out of it's skin: This small 'spherical' square is what we are trying to create using mirrors. However, we are making it out of flat pieces of mirror.

Imagine the square of orange peel has one square mirror placed at it's centre. When eight other mirrors are placed around the centre one, each edge (away from the centre) will be raised slightly: It will follow the curve of the ball.


Principles
To make this work, image you have a piece of plywood: 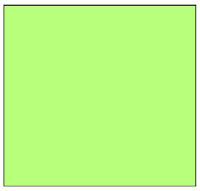 Then add in pieces of timber around the edge to raise the edges of pieces of mirror: 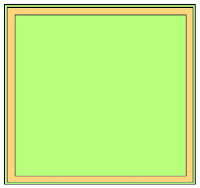 Then add in small pieces of timber at the corners: 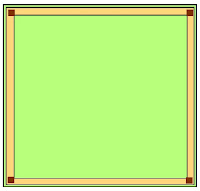 When mirrors are placed into this arrangement, it will form a segment of a sphere. When you look at the mirrors from the centre, you will see your face in all the pieces: 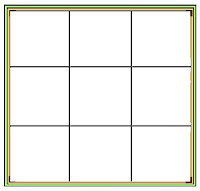 For squares or rhombic mirrors, each segment has 9 identical mirrors: One in the centre: Four on each face and four more filling in each corner (rather like a noughts and crosses layout). This is what the arrangement looks like when complete: 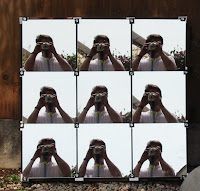 Note that each mirror has a slightly different 'view' of the observer.

Maths
The maths are identical to that described in 'The Size of the World' in Stonehenge: Solving the Neolithic Universe.

To be spherical, each mirror has to face towards a central point. If the mirrors are small and the radius (distance to the centre point) quite a long way away, all that is needed is a flat base and two additional raised levels around the edges.

Rather than go into the maths here, the principle is quite simple: If the mirror is a width W and the centre a distance R away, then the first raised levels is W x (W/R) high and the second double the height. So, for example to create a 5000cm radius mirror using 50cm wide mirrors, the first raised level will be 0.5cm high.

The detail & notes
Square mirrors are easy to get. However, other shapes can work as well and can work better than squares. If anyone plans to make this using cast metal, the preferred shape is likely to be an equal sided parallelogram known as a rhombus (and occasionally referred to as a lozenge). I'll describe why later.

Email ThisBlogThis!Share to TwitterShare to FacebookShare to Pinterest
Labels: Methods